It’s been said that music is good for your mental health, releasing the ‘feel-good’ chemical dopamine into your brain. Makes sense, right? Whether you’re feeling angry, sad, or just a bit pissed off, sticking on your favourite tunes can give the boost you need to get you through the day. Dave Bayley agrees, so he’s made us a playlist and talked about what brightens his mood.

Dave is the frontman for Glass Animals. After spending his early years in Texas, USA, a place young boys are told to ‘man up’ and ‘be strong’, his family moved to the UK where he met and bonded with Drew MacFarlane, Joe Seaward and Ed Irwin-Singer. The friends who would later become his bandmates.

The band put up posters at their shows at the entrance and in bathrooms, signposting people to places they can talk about how they’re really feeling. Because they believe everyone needs to know that there are charities like CALM that offer an anonymous ear.

Dave shared a bit about how he manages when things aren’t going so well, how he’s connecting with others during lockdown, and Dreamland, the band’s new album – which is out in July.

While playing, and often losing, Mario Kart tournaments has been fun, the band have wanted to keep making stuff while in quarantine, and thought they would provide some ammo for others to do the same: “We constructed this open-source website where we put all the stems and parts of our music and art, 3D graphics, website code – literally everything for people to use and abuse and create with”.

“We keep adding to the open-source and then share what people have done. It’s so nice to see it being put to such good use. Everyone is so damn talented!”

But Dave gets that some people are just having a bit of a shit time in lockdown and believes in dividing stuff up so that the ‘work day’’ doesn’t blur into the evening: “Find time to do things for yourself and do the things that make you happy. Whether that be speaking to family or friends or cooking or watching movies or listening to music or having a bath.”

And what does he do when things aren’t going so well? Other than listening to music, watching movies and TV reruns that make him feel comfortable, he exercises every morning: “I guess it just releases endorphins that make you feel better. It’s a good way to start the day and gives you some space to digest things on your own, even if it is subconsciously. That bit of time to yourself is important”. 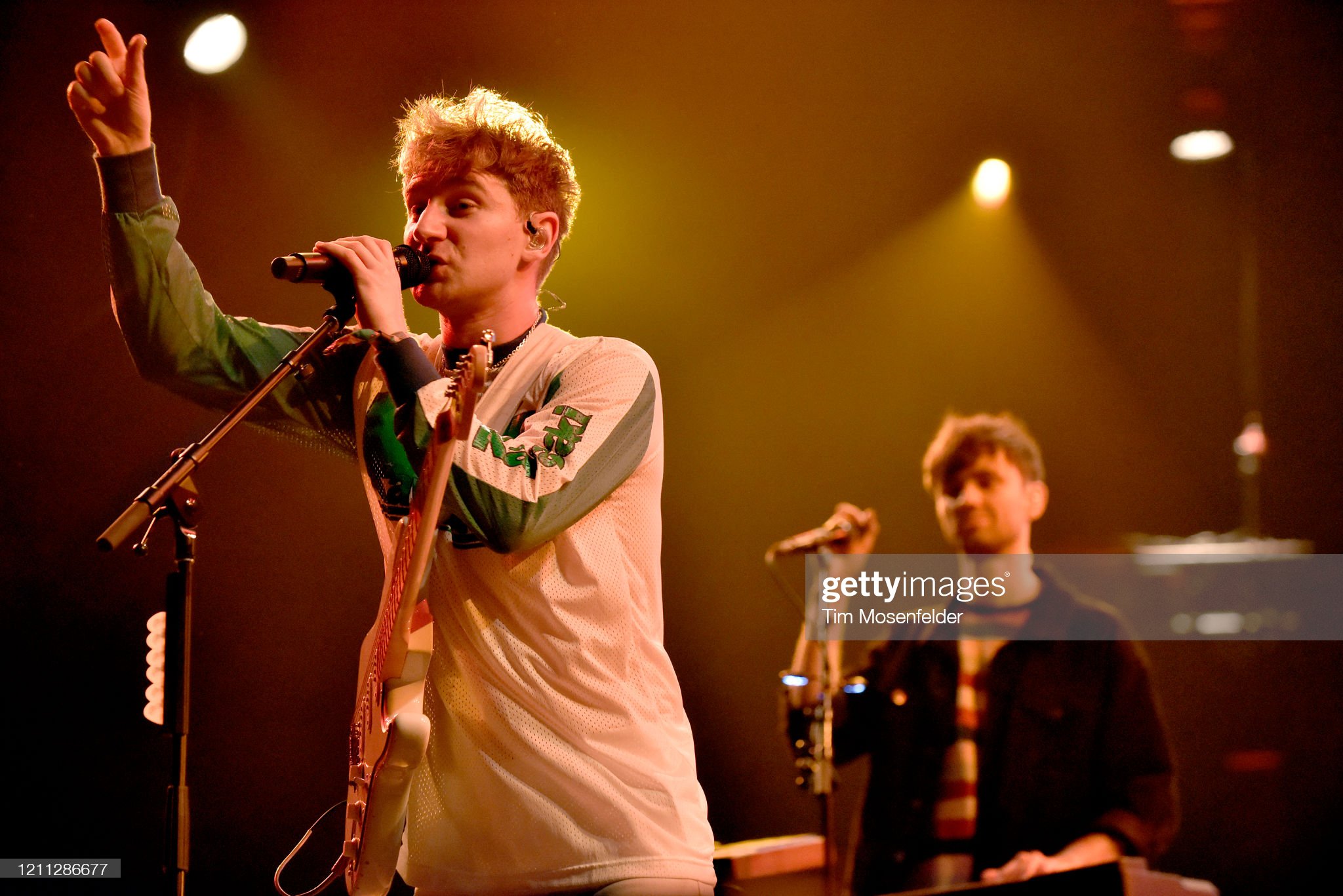 Glass Animals are also gearing up for their album launch in July. Dave recognises that, while the world is constantly asking for binary, yes or no, black or white, it’s way more colourful than that. The new album is a very personal one for him: “It’s about life from my first memory until now. All the good things, bad things, funny things, confusing things. It’s meant to go through all the different stages and phases of growing up. Growing up is confusing and you spend a lot of time not knowing how you feel, feeling out-of-place, and feeling awkward”.

The band themselves have been through a lot since their last album: in 2018 drummer Joe Seaward suffered a traumatic collision when he was hit by a truck while he rode his bike. He broke his leg and lost his short-term memory meaning he couldn’t walk, talk, eat, read or write. After two life-threatening surgeries and two years of rehabilitation, he’s now thankfully returned to band practice and performing again.

“It’s ok to not know which box to tick and to not fall into a category.”

The eclectic mix of music that motivates him in the morning ranges from The Thong Song, to Beyoncé, to Pet Sounds by The Beach Boys. When it comes to music as therapy, Dave likes to listen to songs that comfort him and bring him back to good memories. He curated a playlist especially for CALM with a mix of songs that do that for him: “They remind me of the people I love. A lot of the songs remind me of my mum and what she played me as a kid; what she used to sing to me. She really can NOT sing but for that reason it makes me laugh when I remember her trying”. The exclusive playlist includes everything from pop song Pink + White by Frank Ocean to blues track At Last by Etta James.

Although Dave admits that many of Glass Animals’ songs are quite dark, he feels there is always an underlying sense of optimism. His recommended tracks are the relaxing ones: “The latest song, Dreamland – the title track from the new album is pretty chill. Gooey is chill. There’s a song on the new album called Tangerine that is very bouncy and cheeky. Pork Soda from the last record is quite playful too”.

“Everyone just needs to know there are charities like CALM that provide an anonymous ear”.

It’s clear that Dave Bayley is passionate about people being able to talk about their feelings and how they’re coping. From Agnes, the very personal song he wrote for How to Be a Human Being, about a friend who died by suicide, to his time living in Texas: to his time living in Texas: “You were expected to act a certain way and speak about certain things. Speaking about any mental struggle or sadness was not encouraged. Because of that, many of the people closest to me have suffered, and they have suffered silently. Sadly, some of them did not make it. I always wonder if things would be different if they had known it was ok to feel how they did, and that they didn’t have to suffer alone.”

While he is unable to get a hug from his mum under the current circumstances, when he thinks about what else helps his mental health, he speaks of people being open and honest about how they’re feeling: “It makes me feel justified when I feel weird myself”.

And his parting message: “Stay safe out there and just know that if you’re suffering for any reason, there are people who will help”.

You can enjoy Dave Bayley’s playlist, curated for CALM HERE.

Need support? Worried about someone? CALM’s helpline and webchat are open daily 5pm-midnight. Get access here.

Disclaimer: The views expressed in this article or in the comments below, are not those held by CALM or its Trustees unless stated, and liability cannot be accepted for such comments. We encourage friendly and constructive debate, but please don't share personal contact details when commenting and exercise caution when considering any advice offered by others. We don’t allow abusive, offensive or inappropriate comments or comments that could be interpreted as libellous, defamatory or commercial and we will remove these without warning as and when we find them.